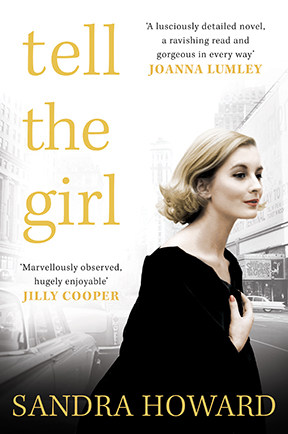 Married four times, Susannah Forbes had a starry career as a top model. Now, with an instinctive eye for colour and design, she finds herself in constant demand as an interior designer. Offered a commission by a recently divorced American to make over his lavish Long Island home, Susannah accepts, bringing as her assistant young divorcee Daisy Mitchell.

Taking off from Heathrow, Susannah is transported back to a time when, at the height of her modelling career, she lived in New York. She is walking down Madison Avenue, calling in on ad offices, being hired for exotic, back-breaking shoots. She is posing in Vogue’s studios, being photographed by America’s big names: Penn, Avedon, Stern. She is in California, with Sinatra and friends, mixing with Marilyn Monroe, Bob Hope, Ella Fitzgerald. She relives her Washington weekends, spending time with JFK and Jackie.

Weaving together a fascinating past and a present full of emotional turmoil, Sandra Howard draws us into a world she knew so well, of glamour, style and high society, but where, below the surface, extravagence, insecurity and infidelity run rife.