The Joys of Old Age

I was delighted when Tricia invited me to write a guest blog, especially since it could be about anything I liked. Having a free hand, though, is almost more difficult, I was spoilt for choice, but after a little thought, I decided to write about the joys and positives of being an octogenarian.

It’s a wonderful age in many ways, all you youngsters in your fifties, sixties and seventies still have plenty to look forward to.

We may rue all the sunbathing we did before any factors came in, certainly factor 50; our older skin may be more in need of LFF than ever before, but smoothing on that lovely foundation is very satisfying, seeing all the little sunspots and blemishes miraculously disappear.

Subtle makeup works wonders, even aged faces can glow, and one of the great things about hitting your eighties is you can be your age and enjoy it. You can forget about the constant struggle to look ten years younger, no more agonising over whether to spend fortunes on Botox, there are limits to what it can achieve…

There’s no question of switching off altogether, the urge to look our best is instinctive, almost primeval, however old we are, and as long as it’s makeup with a light touch we will! I love my peach cream blusher and brilliant brow-shaper from LFF, depend on them, and a spot of gold in the corners of the lids, neutral eye shadow, brown or grey for me, with a light pinky shade just under the brows and on the lids works wonders. I keep off sharply defined eye-liners, unless being made up for a media shot, nothing is more ageing than an over-made-up face, no need to look ninety at eighty-one and three-quarters…

I have Tricia to keep me up to the make-up mark and my daughter gives me wonderfully trendy clothes and trainers for birthdays and Christmas. I wear her cast-offs too, her black leather-look jacket that got left behind in a cupboard, fun tees and woollies; she is less interested in my rejects… Styles are cyclical, leopard in all shapes and forms and colours is in, I wrote about it for The Mail and revived a slinky ten-year-old LK Bennett leopard dress that I actually wore in the newspaper. My son sometimes says, ‘That’s a great retro look, Mum!’ His way of being polite about any reappearance of outfits that I’ve hoarded for decades. I even still wear a little crocheted Sixties sweater: it’s very patriotic, a design of wide-open red lips and white teeth on a royal blue ground, definitely one for a street-party over the Jubilee weekend. 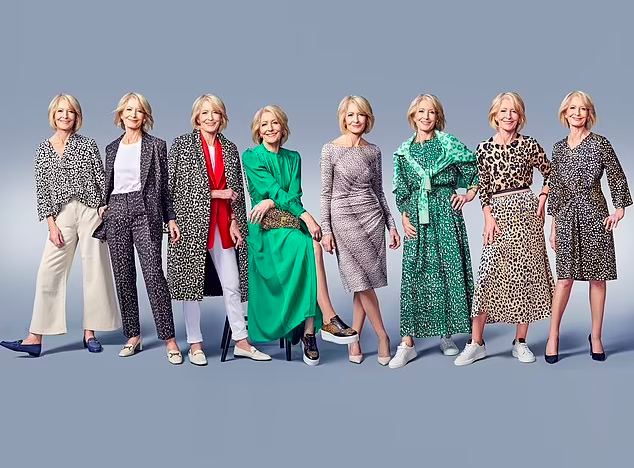 We can carry on working, or not. I have, but retirement has lots of lovely advantages. You can garden and not have to do the heavy lifting, travel on the Tube with people offering their seats, travel the world on cruise ships, make new friends, take up new hobbies or pick up old ones again. Mine are travel and Bridge, both now revisited. And Bridge, along with Scrabble and Wordle, are brilliant for octogenarian sharpness.

I started my first novel at 60, finally had it published at the age of 65 and it was a very steep learning curve. I’d only done a few bits of freelance journalism since my modelling days and a husband in politics meant life was very full-on. And writing commercial fiction was a whole new ball game. I’d never been to a creative writing class, can’t spell… But I persevered, it’s the only way, finally got into the rhythm and eventually landed a two-book deal. Now at nearly eighty-two, my great excitement in life – book plug coming here, I’m afraid – is the publication of my seventh novel. 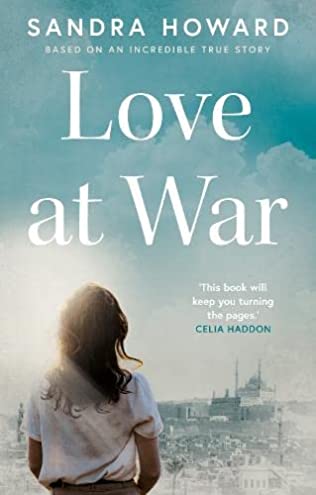 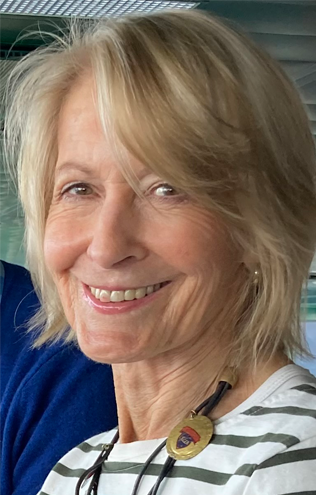 It’s called “Love at War” and is based on a true story. It spans the Second World War and is set mainly in Cairo and East Africa. It follows the loves and losses of Laura, a young girl who chases after someone she has fallen for. She is strong-willed and resourceful, but it was a man’s world, a society that allowed women little freedom and independence; it’s a vanished world now, the world of the colonial British living in Africa.

I felt some connection with that era when writing the story, having lived in tropical colonial countries as a child. I still have memories of the hardships of the Forties, life in the Fifties and certainly of all the new thrills and excitement of the ever more liberated Sixties decade. It was the decade of my twenties; we oldies of the Sixties are the generation with all that experience under our belts, we were the ones who got the whole creative, free-spirited show on the road after all. It’s hard to shock us grannies, I’m more likely to shock my children than the other way around.

I love the age I am, sometimes wish I’d been older when younger, so to speak, and known more about men and their foibles, made less painful mistakes, read more newspapers too and been better informed. Now, I’ve got more to talk about, even if the man I’m sitting next to might just occasionally let his eyes stray to some glamorous youthful creature across the way.

There’s no age limit these days; the opportunities are out there. Just think of all the octogenarian role models who have blossomed still further in their persona and careers in old age: Mary Berry, Judi Dench, Joan Bakewell, Maggie Smith, Prue Leith, Jane Fonda. The Canadian short-story writer, Alice Monro, was 82 when she won the Nobel prize for literature. And of course, the Queen is the biggest role model of them all.

You can pre-order Sandra’s book ‘Love at War’ here: https://amzn.to/3wDxbi7

About the Author: Tracy Murrell